A new flagship. An unfamiliar crew. An old nemesis.

Thomas Baldwin has been appointed captain of the state-of-the-art cruise ship Constantine, named after his heroic grandfather. When their first diplomatic mission turns deadly, all signs point to the return of a former adversary, one the Concord claims to have defeated five decades earlier.

No one has seen Baldwin’s commander, Treena Starling, since her previous ship was destroyed in a gruesome battle, leaving her the sole survivor. Can her secret help them rescue one of their crew members from captivity at the enemy’s hands?

When the Concord advises Baldwin to walk away from a fight, he must rely on his new crew, including the AI based on his younger grandfather, Constantine, to make the right decisions. One wrong step, and Captain Baldwin could be throwing the entire Concord into another intergalactic war…and this time they might not be so lucky.

Confrontation is the first book in the epic new Baldwin’s Legacy series, written by the best-selling author of the Survivors series. 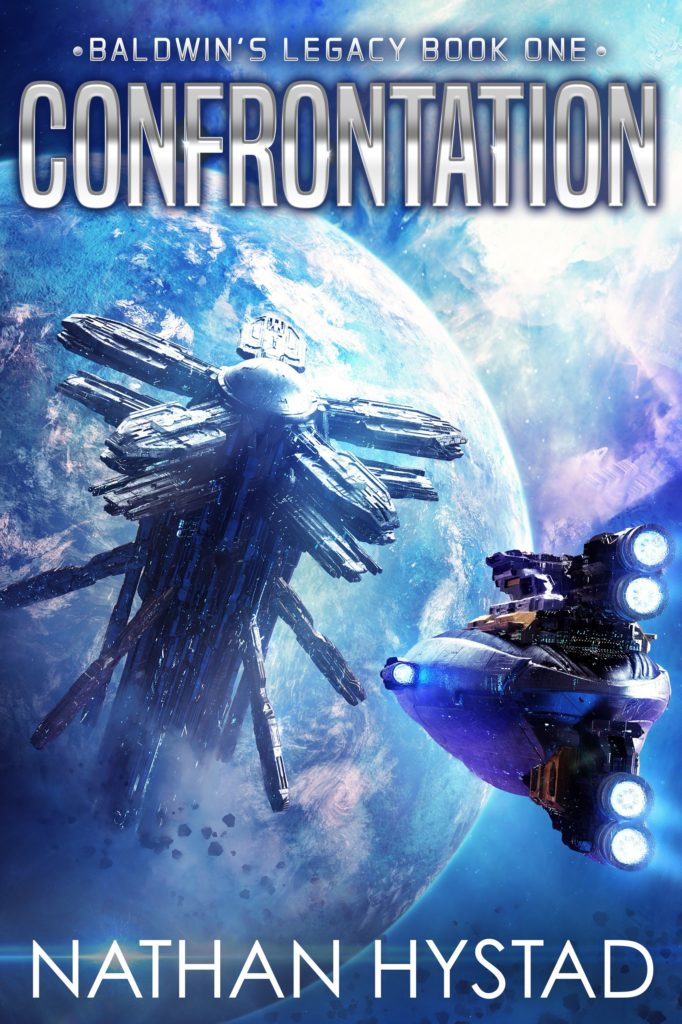