A new posting. A distant world. A missing enemy.

Thomas Baldwin transfers to Ridele, the capital of Nolix, and the center of the Concord political arena. He must navigate the new role, while his former crew sets off on an important mission without him.

Captain Treena Starling deals with her new reality, while finding herself on a journey to the fabled planet Earth. Are humans really descendants from the mysterious world?

With a new Commander on board Constantine, tensions run high among the crew.

Lineage is the fifth installment in the thrilling Baldwin’s Legacy series. 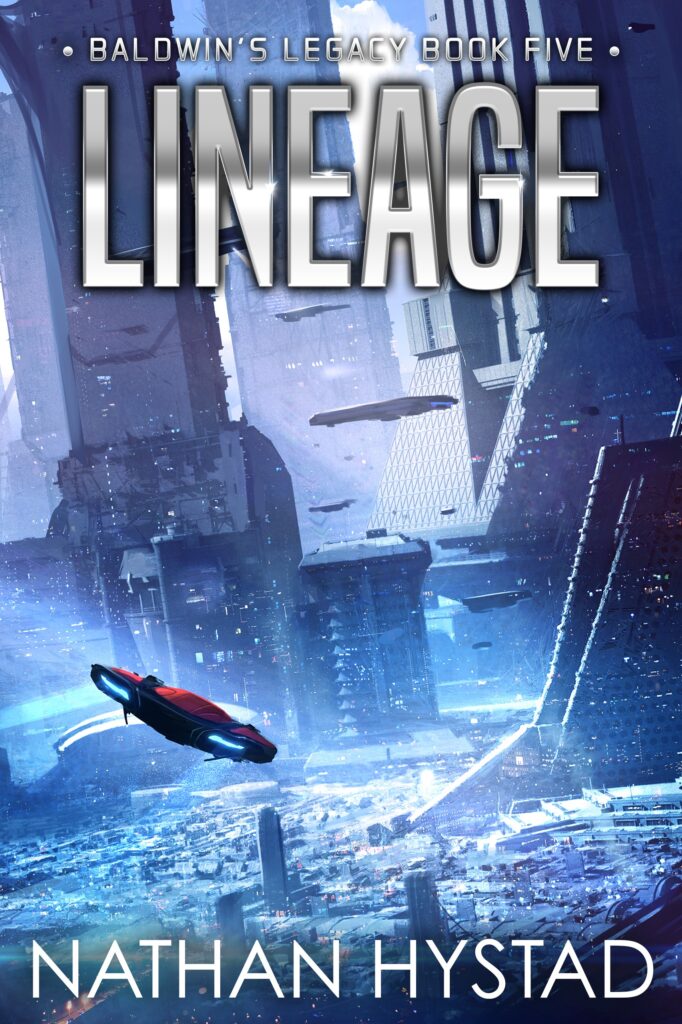