The ships came at dawn.

Dean’s wife is dead. Her last words: When the ships come…wear the necklace.

Then the ships arrived.

Cities all around the world reported strange alien vessels descending. Some saw them as the heralds of a new age; others fired everything they had at them. All were taken as the beams lashed down and drew them into the sky.

Dean was left behind, seemingly the last man on Earth.

A trail of clues left by his dead wife guide Dean on a perilous journey across America and beyond, to learn the truth behind the mysterious ships and save humanity from its doom.

But not everything is as it seems.

The Event is the epic first novel by Nathan Hystad, creator of the bestselling Explorations anthology series. 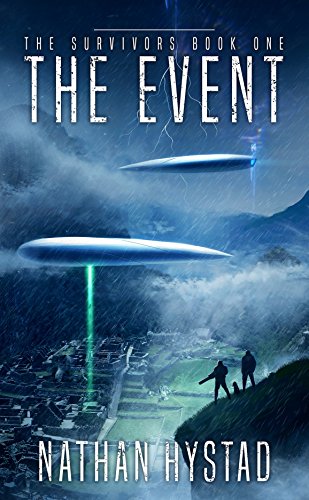