An impending promotion. A colony world. A betrayal of trust.

Captain Thomas Baldwin has made a name for himself in a short period of time. The Statu have finally been defeated, and the Concord has Tom and his crew to thank for the victory.

With the construction of more sophisticated cruise ships, offers are being extended to capable leaders. Commander Treena Starling must decide if she is happy staying on Constantine or if she’ll Captain her own.

Ven Ittix is humbled to escort his people to their new home, the Ugna now full-fledged Concord partners, but a revelation is waiting for them when they arrive.

Hierarchy is the fourth book in the epic Baldwin’s Legacy series. 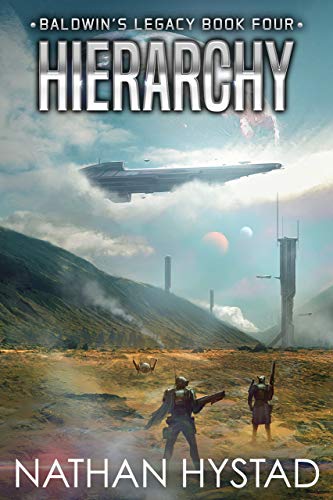